Pagina 14
In order to refute the notion that art is not essentially knowing, but making, one
would first have to establish that, by merely thinking a statue, a painting or a
symphony, corresponding works of art would actually exist in reality. Now,
precisely ...
Pagina 91
Still , the artist ' s activity would not be a poiesis if he produced nothing , so he
must produce some being , and since he does not create its existence , the only
conceivable effect of his poietic activity is the production of whatever determines
his ...
Pagina 126
Of course , once the artist has produced his work , the philosopher will be highly
interested in it , for in coming into existence , the work has now become knowable
and susceptible of an explanation ; still , the man who caused it to exist is no ... 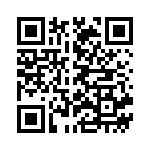