Justin Yifu Lin is Senior Vice President and Chief Economist of the World Bank. He obtained his PhD in economics from the University of Chicago in 1986 and returned to China in 1987, the first PhD in social sciences to return from abroad after China started economic reform in 1979. He was the founding director of China Center for Economic Research at Peking University from 1994 to 2008 and is the author of seventeen books, including The China Miracle (1996), State-Owned Enterprise Reform in China (2001) and Economic Development and Transition (Cambridge, 2009). 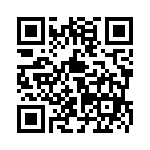