Michael Fairley has been writing and speaking about label and packaging materials, technology and applications since the 1970s, both as the founder of Labels & Labeling and other print industry magazine titles and as an international consultant writing label industry market and technology research reports for the likes of Frost & Sullivan, Economist Intelligence Unit, Pira, InfoTrends and Labels & Labelling Consultancy.He now works as a consultant to Tarsus Exhibitions & Publishing - which organizes the Labelexpo shows, Label Summits and publishes Labels & Labeling magazine - as well as regularly speaking at industry conferences and seminars.He is a Fellow of the Institute of Packaging / Packaging Society, Fellow of IP3, a Freeman of the Worshipful Company of Stationers, an Honorary Life Member of FINAT and a Licentiate of the City & Guilds of London Institute. He was awarded the R. Stanton Avery Lifetime Achievement Award in 2009.

Ann Richards was governor of Texas from 1990 to 1994, and has been active in politics for over half a century. In 1988 she gave the keynote address at the Democratic National Convention. She divides her time between Texas and New York City. 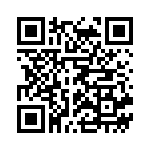