Pagina 130
The soul , then , remains as much outside the I which you are , as the landscape remains outside your body . Let us say , if you choose , that among the things with which you found yourself , your soul is the closest to you , but it is ...
Pagina 139
However much a man searches heaven and earth , the present and the future , for his higher destiny , he remains the victim of a perennial vacillation , of an external influence which perpetually troubles him until , once and for all ...
Pagina 157
... for the first time , we find it giving way before us , , roused to no waves by our passage , fulfilling our desires with magic docility , our I will fall voluptuously asleep ; instead of being revealed to itself , it remains vague . 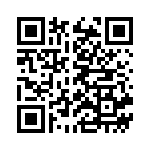