Poulan does it again

Review: In Defense of Food: An Eater's Manifesto

Must read if you eat foods. Leggi recensione completa

Michael Pollan is the author of seven previous books, including Cooked, Food Rules, In Defense of Food, The Omnivore's Dilemma and The Botany of Desire, all of which were New York Times bestsellers. He's also the author of the audiobook Caffeine: How Caffeine Created the Modern World. A longtime contributor to the New York Times Magazine, he also teaches writing at Harvard and the University of California, Berkeley. In 2010, TIME magazine named him one of the one hundred most influential people in the world. 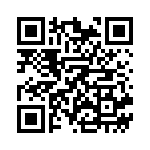