Frank Zöllner wrote his doctoral thesis on motifs originating from Antiquity in the history of art and architecture of the Medieval and Renaissance periods (1987). He is also the author of a postdoctoral treatise on motion and expression in the art of Leonardo da Vinci, published in 2010. He has published numerous works on Renaissance art and art theory, and on 20th-century art. Since 1996 he has been Professor of Medieval and Modern Art at the University of Leipzig. For TASCHEN he has authored the XL monographs on Leonardo da Vinci and Michelangelo.

Christof Thoenes studied art history in Berlin and Pavia, before completing his doctorate in Berlin. Thoenes was Honorary Professor in Hamburg and now lives in Rome, where for many years he has worked for the Bibliotheca Hertziana (Max-Planck-Institute). He has contributed to numerous publications on Italian art, particularly on architecture and architectural theory of the 15th to 18th centuries.

Thomas Pöpper wrote his doctoral thesis on 15th-century Italian Renaissance sculpture (2003). After a fellowship at the Bibliotheca Hertziana, he worked as a volunteer for the Schleswig-Holsteinische Landesmuseen. Following further appointments at universities in Hamburg und Leipzig, since 2008 he has been Professor of Art and Design History at the West Saxon University of Applied Sciences of Zwickau, where he is currently Head of the Faculty of Applied Art. Pöpper has published on a variety of aspects of Italian art from the Middle Ages to the Baroque, German painting of the Early Modern era and German sculpture of the 19th and 20th century. 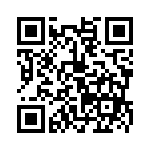