Pagina 37
He had been a member of the Advisory Committee for Aeronautics in 1909, was
a delegate to the first International Conference on Aerial Navigation in 1910 in
Paris, and in the same year was named to head an inspectorate formed to
oversee ...
Pagina 48
... landing by an aeroplane, initiated work resulting in the first successful aircraft
catapult, and eventually headed a committee that drew up an ambitious and
comprehensive — although never implemented — plan for a naval air
organisation.
Pagina 78
The Constitution, Functions and Procedure of the Joint Air War Committee, Air 1/
270 et alia, in Roskill, Documents, p307. 27. Joint Air War Committee. Extracts
from Paper Air 4, dated 3 March 1916, Air 1/270, in Roskill, Documents, p310. 28. 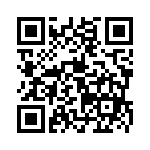