Pagina 56
The story is told how , before leaving Carthage , he had taken his young son to Moloch's Temple , and , bidding him lay his hand on the altar , had made him swear undying enmity to Rome . The fulfilment of that vow was from first to ...
Pagina 262
East , on the other hand , long skilled in many handicrafts , supplied manufactured goods . ... lading , and so forth ; but the carrying trade still remained , as before , principally in the hands of Greek and Syrian mariners .
Pagina 352
Among the aristocracy at any rate ennui-or selfishness—seems to have sapped the natural desire to raise a family, though not, on the other hand, the desire to grow rich. Fabulous fortunes were often piled up by men who started at the ... 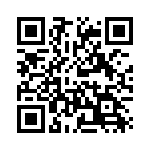