Since Harold Timmis was a small child, he has fostered a curiosity for technology, taking apart everything in his parents’ house just to see how it all worked. This fueled his thirst for knowledge of computer science, programming and its uses. He has worked with LabVIEW and Arduino for the past three years. During that time, he has been involved in several professional projects using LabVIEW, as well as many hobbyist projects utilizing both Arduino and LabVIEW. Harold attended the Florida Institute of Technology, where he studied computer engineering and was introduced to LabVIEW and Arduino. Later, he worked at the Harris Corporation and General Electric, where he created several LabVIEW projects for trains and became very interested in serial communication, including GPS and Arduino. 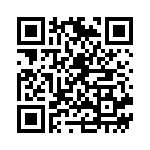