Pagina 347
could really learn of the war was that her husband , being an infantry officer , seemed to live in mud and dirt , that he did not get much leave , that each time his battalion went into a show it lost heavily .
Pagina 474
He turned out to be a driver going on leave , or a fireman off duty , or something of the kind . The idea appeared to be to remove one driving shaft which had broken , and proceed on the other alone . Meantime the guard , who felt it ...
Pagina 610
I caught several snatches as he flung about the saloon- " She would not wear , she would not stay- Leave her , Johnnie , leave her ! . . . " He came in , still humming , a cup of tea in each hand , and looked at me triumphantly . 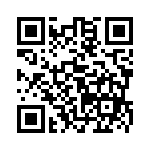