Julia Valeva is Professor at the Institute for Art Studies at the Bulgarian Academy of Sciences. She is the author of The Painted Coffers of the Ostrusha Tomb (2005) and Typology of the Thracian Tombs (2013).

Emil Nankov is the Archaeology Program Officer of the American Research Center in Sofia, Bulgaria. He is a co-editor of Heraclea Sintica: from Hellenistic polis to Roman civitas, (4th c. BC-6th c. AD) (2014).

Denver Graninger is Assistant Professor of History at the University of California, Riverside and faculty member of the Tri-Campus Graduate Program in Classics. He is the author of Cult and Koinon in Hellenistic Thessaly (2011). 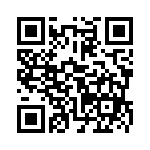