Alaric Watson has a PhD from King's College London in Roman history and has taught Roman history at the University of North London and Queen Mary and Westfield College. He is now a Barrister in Lincoln's Inn. 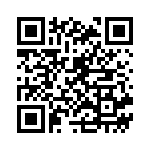