Pagina 80
The social pattern is briefly summarized : ' The nobility , people of wealth , and
those of the learned professions who stand at the top of the social pyramid , are
regarded with fear and treated with deference . The continuing pattern of poverty
...
Pagina 150
Danilo Dolci chose Trappeto because his father , a railway employee , had
always referred to it as the ' poorest village ' he had ever seen . A man of great
personal courage and determination , he had started his social work at Fossoli , a
...
Pagina 222
The Mafia , he said , permeated the social strata which , although functional and
productive , lacked the coordination of a power structure . There was a ' power
vacuum ' , so a substitute had to be found for the State . One had to establish , he
... 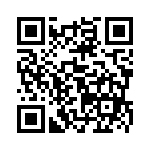