Well, that was an epic. Between this one and volume one, 1700 pages of Frank Sinatra. Woof. Enjoyed this one a great deal, only complaints are the author's pretty apparent disdain and unnecessary ... Leggi recensione completa

The second volume of the massive biography of this iconic legend in the entertainment world. It takes up basically the second half of his life from the late 1950's where he emerges from the downside ... Leggi recensione completa

James Kaplan is a novelist and nonfiction writer whose essays, reviews and profiles have appeared in the New Yorker, the New York Times Magazine, Vanity Fair, Esquire and New York. He co-authored John McEnroe's autobiography, Serious, a number-one New York Times bestseller and co-authored the bestselling Dean and Me with Jerry Lewis. He lives in Westchester, New York, with his wife and three sons. 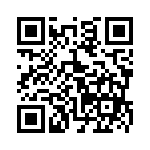