Pagina 147
He told Direk to ask the Germans and Italians how they would view a move by
Thailand to recover its lost territory , including the whole of Cambodia . As Pibul
had expected , the immediate response of diplomats representing the two Axis ...
Pagina 192
Minister believed all the talk about Japanese threats to Pibul's position to be
simply a trick to fool the Western powers into giving aid to Thailand.88 His reports
, however , were received with increasing scepticism in Washington . There had ...
Pagina 385
Harmondsworth : Penguin , 1968 . Landon , Kenneth P. , Siam in Transition .
Chicago , 1939 . The Chinese in Thailand . London , 1941 . Lewin , Ronald , The
Other Ultra . London , 1982 . Martin , James V. , " Thai American Relations in
World ... 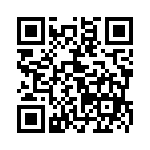