Pagina 242
They normally purchase about one half of the paper issued by the corporate and
government sector and are big holders of Daewoo debt , which accounts for
about 10 percent of their holdings . The origins of the sector's problems extend
back ...
Pagina 329
( The relative success story was the furniture sector . It suffered a relatively small
decline in output ( 13 percent , peak to trough ) and was the fastest to revive ,
driven by export sales . ) However , these changes were measured against a
status ...
Pagina 353
In the short run , South Korea's relatively relaxed approach to continued cleanup
of the financial sector and corporate restructuring will probably not greatly imperil
its recovery . The single biggest component of demand has been household ...

Marcus Noland, executive vice president and director of studies, has been associated with the Institute since 1985. From 2009 through 2012, he served as the Institute's deputy director. His research addresses a wide range of topics at the interstice of economics, political science, and international relations. His areas of geographical knowledge and interest include Asia and Africa where he has lived and worked, and the Middle East. In the past he has written extensively on the economies of Japan, Korea, and China, and is unique among American economists in having devoted serious scholarly effort to the problems of North Korea and the prospects for Korean unification. 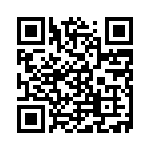