David S. Ingalls (1899-1985) was the son of railroad magnate Albert S. Ingalls and Jane Taft, niece of President William Howard Taft. Born in Cleveland, Ohio, he began his studies at Yale in 1916, only to leave to join the First Yale Unit, becoming a member of the U.S. Naval Reserve Flying Corps. After the War, he returned to Yale and then received an LLD from Harvard. During his long and illustrious career, he worked as a lawyer, a member of the Ohio House of Representatives, and Assistant Secretary of the Navy (Air) in 1929. 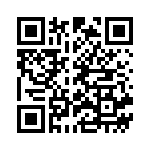