Technology Review columnist Jerome turns a brief newspaper reference he saw by chance into a fascinating account of the world-famous scientist's harassment by the FBI.Dozens of previous books have ... Leggi recensione completa

It is not surprising that J. Edgar Hoover's FBI spied on Albert Einstein from 1933 to his death in 1955. As this well-done study makes clear, the famous scientist was also a social and political ... Leggi recensione completa

Fred Jerome is a senior consultant to the Gene Media Forum, Newhouse School of Communications, Syracuse University. His articles and op-ed pieces have appeared in many publications, including Newsweek and The New York Times. As a reporter in the South during the early 1960s, he covered the exploding civil rights movement, and, more recently, has taught journalism at Columbia, New York University, and other New York-area universities. He established the Media Resource Center, a widely acclaimed telephone referral service putting thousands of journalists in touch with scientists. 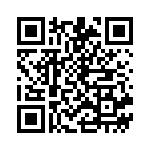