Pagina 156
There is nothing in the published record to suggest that the zone of most frequent
occurrence ever extended much farther west or south than this along the North
American coast , there being occasional records only for Long Island , " one or ...
Pagina 193
Reliable reports of it are from South Africa ( type locality ) , Red Sea and Straits of
Bab - el - Mandeb , Seychelles , west coast of India , Ceylon , Bay of Bengal ,
many localities in the Malaysian - Papuan region , Philippines ( a center of ...
Pagina 452
Widely distributed in the North Atlantic , west and east , including the
Mediterranean ; western South Atlantic ( Uruguay and Argentina ) ; South Africa ;
both sides of the Pacific , from southern Alaska , the Aleutians , Kamchatka ,
Japan , Korea ... 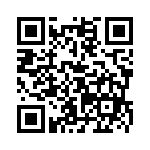