Richard D. E. Burton has retired as Professor of French and Francophone Literature at the University of Sussex. He is the author of Blood in the City: Violence and Revelation in Paris, 1789-1945 (a Times Literary Supplement Book of the Year, 2002) and Afro-Creole: Power, Opposition, and Play in the Caribbean (both from Cornell), and of two books on Baudelaire. 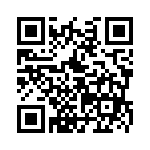