Pagina 42
I thought , on the whole , he couldn ' t be a Q . M . S . , but I feared uneasily that he
might have heard about me from one . In the end , he took my order , my
measurements and my money without a word . But I could see with my back , as I
left ...
Pagina 78
Someone , I thought , had said the name Adam ' s Peak . It meant little enough to
me then , for I knew next to nothing about Ceylon . Yet somehow I had got the
notion that it was a mountain that even I , with no head for heights , could climb
with ...
Pagina 490
For many years I Armenians . thought that this imaginative , deli - From the other
end of the antecate little masterpiece was French ; room one stepped into a room
of later I discovered it to be English particular charm and grace , called ... 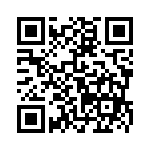