Pagina 69
Hispanic origin is considered as ethnicity , and persons identifying themselves as
Mexican , Puerto Rican , Cuban , or Other Spanish / Hispanic origin are classified
as of Hispanic origin . " The concept of race the Bureau of the Census uses ...
Pagina 157
And as for discrimination , he says he carefully followed the county ' s civil service
rules . Hispanics were promoted “ when they qualified , ” he says . Besides ,
claims Dr . Williams , while many of the Hispanic workers at the hospital " are
sharp ...
Pagina 158
He concedes , however , that the investigation was carried out chiefly by himself
and his secretary ; both are Hispanic . He adds that his chief investigator , who is
black , contributed to the report , as did another staffer who is Native American . 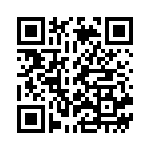