I have read many memoirs of men who flew in bombers over Europe & Japan but this is the first I have read about an Australian flier and this one was a pilot. Perhaps most interestingly, it was written ... Leggi recensione completa

Pagina 308 - If I should die, think only this of me: That there's some corner of a foreign field That is for ever England. There shall be In that rich earth a richer dust concealed; A dust whom England bore, shaped, made aware, Gave, once, her flowers to love, her ways to roam, A body of England's, breathing English air, Washed by the rivers, blest by suns of home. And think, this heart, all evil shed...
Appare in 875 libri dal 1880 al 2008
Pagina 101 - Oh I have slipped the surly bonds of earth, And danced the skies on laughter-silvered wings...
Appare in 160 libri dal 1841 al 2008
Altro
Pagina 101 - I've chased the shouting wind along, and flung My eager craft through footless halls of air. Up, up the long, delirious, burning blue I've topped the wind-swept heights with easy grace, Where never lark, nor even eagle flew — And, while with silent lifting mind I've trod The high, untrespassed sanctity of space, Put out my hand and touched the face of God.
Appare in 300 libri dal 1849 al 2008
Pagina 308 - For auld lang syne, my dear, For auld lang syne, We'll tak a cup o' kindness yet, For auld lang syne. We twa hae run about the braes, And pu'd the gowans fine ; But we've wander'd mony a weary foot Sin auld lang syne. For auld, &c. We twa hae paidl't i...
Appare in 315 libri dal 1800 al 2007
Pagina 118 - The grand old Duke of York, He had ten thousand men. He marched them up to the top of the hill And marched them down again.
Appare in 149 libri dal 1849 al 2008
Pagina 73 - Beneath those rugged elms, that yew-tree's shade Where heaves the turf in many a mouldering heap, Each in his narrow cell forever laid, The rude forefathers of the hamlet sleep.
Appare in 499 libri dal 1780 al 2008
Pagina 213 - They went with songs to the battle, they were young, Straight of limb, true of eye, steady and aglow. They were staunch to the end against odds uncounted, They fell with their faces to the foe.
Appare in 108 libri dal 1857 al 2008
Pagina 308 - The sodger from the wars returns, The sailor frae the main ; But I hae parted frae my love, Never to meet again, My dear ; Never to meet again. When day is gane, and night is come, And a...
Appare in 162 libri dal 1819 al 2007
Riduci

Christobel Mattingley is one of Australia's most respected and admired writers. The award-winning author of more than thirty-five books for children, Christobel Mattingley's readership spans more than one generation. Awards include the 1982 CBCA Junior Book of the Year Award for Rummage. Other award-winning books include Windmill at Magpie Creek; The Miracle Tree; The Angel with a Mouth Organ; No Gun for Asmir; and The Race (an Honour Book in the 1996 CBCA Picture Book of the Year awards). The Magic Saddle is widely regarded as a children's classic.

In 1990 she received an Advance Australia medal for her contribution to literature in Australia, and in 1996 she was made a Member of the Order of Australia for service to literature, particularly children's literature, and for community service through her commitment to social and cultural issues. In 1999 she was the winner of the Pheme Tanner Award.

In 2014, Christobel Mattingley was honoured with the University of Tasmania Distinguished Alumni Award. 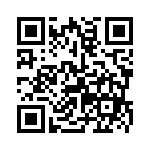