Friedrich Ludwig Gottlob Frege was a German philosopher, logician, and mathematician. He is understood by many to be the father of analytic philosophy, concentrating on the philosophy of language and mathematics. 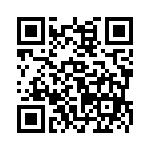