Jean Racine is considered the greatest of French tragic dramatists. If Shakespeare's (see Vol. 1) theater is characterized by exploration and invention, Racine's is defined by restraint and formal perfection. His themes are derived from Greco-Roman, biblical, and oriental sources and are developed in the neoclassic manner: keeping to few characters, observing the "three unities" defined by Aristotle (see Vols. 3, 4, and 5) as essential to tragedy (i. e., unity of time, place, and action), and writing in regular 12-syllable verses called "alexandrines." In contrast to Corneille, whose theater is eminently political and concerned with moral choices, Racine locates tragic intrigue in the conflict of inner emotions. He is a master at exploring the power of erotic passion to transform and pervert the human psyche. As a Jansenist who believed that a person deprived of grace was subject to the tyranny of instincts, Racine was interested in portraying human passions---particularly the passion of love---in a state of crisis. Racine is also one of the greatest of all French poets, and his plays are a challenge to any translator. His major tragedies include Andromaque (1667), Britannicus (1669), e Berenice (1670), Iphigenie (1674), and Phedre (1677). 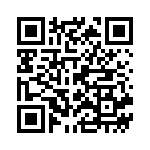