Early real life short stories are well crafted, yet not compelling reading, enlivened by visits from Uncle Matt. Until Hubert and the holy picture, the redeeming Christmas Eve and some of the other ... Leggi recensione completa

I can't say I felt at ease with all of these stories, but they are magnificent in their way. I hope to read the Bagot stories especially over and over to see just how she does it. Tremendous work. Leggi recensione completa

Born in Lincoln, Illinois in 1908, William Maxwell is one of America's more prominent writers. He is the recipient of numerous awards including the National Book Critics Circle Award (1994), and the American Book Award (1982) for his novel "So Long, See You Tomorrow." Maxwell's fiction has been described as nostalgic. Most of his work takes place in simpler, gentler times in the small towns of the American Midwest. Two of Maxwell's novels, "They Came Like Swallows" (1937) and "So Long, See You Tomorrow" (1980), deal with characters who lose relatives in the influenza epidemic of 1918. Maxwell's own mother died in the epidemic when he was ten years old. Maxwell published his first novel, "Bright Center of Heaven," in 1934. He moved to New York City in 1936 and was hired by the New Yorker. His years as an editor there, 1936 to 1976, coincided with what many believe are the magazine's finest. This was the era that saw the publication of the works of many accomplished writers, such as J. D. Salinger, Eudora Welty, John Updike, and Mary McCarthy in the New Yorker's pages. Maxwell has published six novels, several collections of short stories, a family history, and numerous book reviews. He served as president of the National Institute of Arts and letters from 1969 to 1972. William Maxwell has been married for over 50 years to the former Emily Noyes. They met at the New Yorker when she applied for a job. The couple has two daughters. 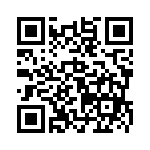