KAMERON HURLEY is an award-winning writer of essays and SF/F fiction. She is the author of the Hugo Award-winning “We Have Always Fought,” as well as the Worldbreaker Saga, the Gods’ War Trilogy, The Light Brigade, The Stars Are Legion, The Geek Feminist Revolution, and numerous short stories.

ALYSSA WONG was a finalist for the 2016 John W. Campbell Award for Best New Writer, and her story, “Hungry Daughters of Starving Mothers,” won the 2015 Nebula Award for Best Short Story and the 2016 World Fantasy Award for Short Fiction. Her fiction has been shortlisted for the Pushcart Prize, the Bram Stoker Award, the Locus Award, and the Shirley Jackson Award. Her work has been published in The Magazine of Fantasy & Science Fiction, Strange Horizons, Nightmare Magazine, Black Static, and Tor.com, among others.

CARRIE VAUGHN, the New York Times bestselling author of the Kitty Norville books, is also the author of the standalone novels After the Golden Age, Discord’s Apple, Bannerless, and the young adult books Voice of Dragons, Steel, and Martians Abroad.

SEANAN McGUIRE is the author of the Hugo, Nebula, Alex and Locus Award-winning Wayward Children series, the October Daye series, the InCryptid series, and other works. She won the 2010 John W. Campbell Award for Best New Writer, and in 2013 became the first person to appear five times on the same Hugo ballot.

CHARLIE JANE ANDERS is the former editor-in-chief of io9 and wrote the award-winning novels All the Birds in the Sky (wich won the Nebula, Locus, and Crawford Awards) and In the City in the Middle of the Night. Her award-winning short fiction has appeared on Tor.com, as well as Wired, Slate, Tin House, Conjunctions, Boston Review, Asimov’s Science Fiction, The Magazine of Fantasy & Science Fiction, McSweeney's Internet Tendency, ZYZZYVA, and several anthologies. Anders is also known for her journalism and activism; she organizes the popular Writers With Drinks series and has written for Salon, The Wall Street Journal, Mother Jones, and many other outlets.

MARIA DAHVANA HEADLEY is the New York Times-bestselling author of the novels Magonia, Aerie, and Queen of Kings, The Mere Wife, the memoir The Year of Yes, and The End of the Sentence, a novella with Kat Howard. With Neil Gaiman, she’s the co-editor of Unnatural Creatures. Her short fiction has been nominated for the Nebula and Shirley Jackson awards.

NISI SHAWL is a writer of science fiction and fantasy short stories and a journalist. She is the co-author (with Cynthia Ward) of Writing the Other: Bridging Cultural Differences for Successful Fiction. Her short stories have appeared in Asimov’s SF Magazine, Strange Horizons, and numerous other magazines and anthologies.

BROOKE BOLANDER writes weird things of indeterminate genre, most of them leaning rather heavily towards fantasy or general all-around weirdness. Her stories have been featured in Lightspeed, Strange Horizons, Nightmare, Uncanny, and various other fine purveyors of the fantastic. She has won the Nebula and Locus awards, and has been a finalist for the Hugo, the Shirley Jackson, and the Theodore Sturgeon awards.

JO WALTON won the James Tiptree Jr. Memorial Award for My Real Children and the Locus Award for What Makes This Book So Great. Her novel Among Others won the Hugo and Nebula Awards. Before that, Tooth and Claw won the World Fantasy Award. A native of Wales, Walton lives in Montreal.

AMAL EL-MOHTAR is an award-winning author, academic, and critic. Her short story "Seasons of Glass and Iron" won the Hugo, Nebula, and Locus awards and was a finalist for the World Fantasy, Sturgeon, Aurora, and Eugie Awards in the same year. She is the author, with Max Gladstone, of This Is How You Lose the Time War, a queer epistolary spy vs spy love story, and The Honey Month, a collection of poetry and prose written to the taste of twenty-eight different kinds of honey. Her short fiction is forthcoming in BAX 2020 and has appeared in magazines such as Lightspeed, Strange Horizons, Fireside Magazine, and the Rubin Museum of Art's Spiral, as well as in anthologies such as The Mythic Dream, The Djinn Falls in Love and Other Stories and The Starlit Wood: New Fairy Tales. She reviews books for NPR and is the science fiction and fantasy columnist for the New York Times Book Review, is pursuing a PhD at Carleton University and teaches creative writing at the University of Ottawa. Find her online at amalelmohtar.com, on Twitter @tithenai and on Substack at amal.substack.com

CATHERYNNE M. VALENTE is the New York Times bestselling author of over two dozen works of fiction and poetry, including Palimpsest, the Orphan’s Tales series, Deathless, Radiance, and The Girl Who Circumnavigated Fairyland in a Ship of Own Making (and the four books that followed it). She is the winner of the Andre Norton, Tiptree, Prix Imaginales, Eugie Foster Memorial, Mythopoeic, Rhysling, Lambda, Locus, Romantic Times’ Critics Choice and Hugo awards. She has been a finalist for the Nebula and World Fantasy Awards. She lives on an island off the coast of Maine with a small but growing menagerie of beasts, some of which are human. 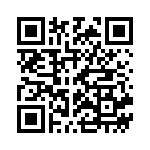